Upcoming Seminars To Be Announced

This is an accordion element with a series of buttons that open and close related content panels. 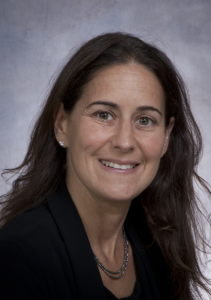 Hayeems’ research focuses on the development and implementation of high-quality genomic screening and diagnostic tools for the maternal-child health context. Using applied health services and policy research methods, her work focuses on the delivery, evaluation and governance of genomic screening and diagnostic tools in the prenatal, newborn and early childhood periods. As a member of several provincial advisory committees, her work informs and is informed by policy development in this area. 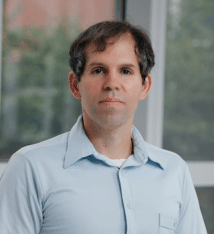 Matt Anderson is an Associate Professor in the Department of Microbiology and the Department of Microbial Infection and Immunity at Ohio State. His work focuses on the role of microbial eukaryotes to health and disease in humans. More recent investigations have expanded to define the composition of microbial eukaryotes in the human microbiome and their contributions to autoimmunity in partnership with a Lakota nation in South Dakota. He currently serves as the co-director of the Summer internship of INdigenous peoples in Genomics (SING USA) program and as co-director and founder of the Indigidata program. 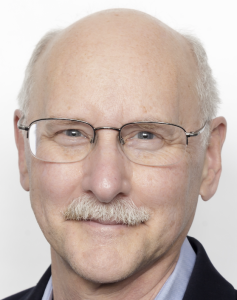 David Bick MD is the Principal Clinician for the Newborn Genomes Programme at Genomics England. Prior to his work in England, he was the Chief Medical Officer and a faculty investigator at the HudsonAlpha Institute for Biotechnology. Dr. Bick also served as the Medical Director of the Smith Family Clinic for Genomic Medicine located on the campus of HudsonAlpha Institute for Biotechnology and the Laboratory Director of the HudsonAlpha Clinical Services Laboratory.

He is a leader in the field of genomic medicine and has published numerous peer-reviewed articles, chapters, and reviews. Dr. Bick’s laboratories at the Medical College of Wisconsin and Children’s Hospital of Wisconsin were the first in the world to offer whole genome sequencing as a clinical test. He also developed the first Genomic Medicine Clinic in the United States. 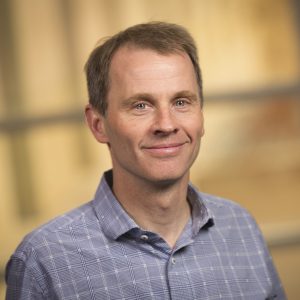 Mark Craven is a professor in the Department of Biostatistics and Medical Informatics at the University of Wisconsin, and an affiliate faculty member in the Department of Computer Sciences. The focus of his research program is to develop and apply machine-learning methods to infer models of networks of interactions among genes, proteins, clinical variables, environmental factors, and phenotypes of interest. He leads the Biostatistics and Bioinformatics Core of the Children’s Respiratory and Environmental Workgroup (CREW), which is the pediatric asthma project in the NIH Environmental Influences on Child Health Outcome (ECHO) program. He is also the Director of the NIH/NLM-funded Computation and Informatics in Biology and Medicine (CIBM) Training Program, and a member of the Center for Genomic Science Innovation, the Institute for Clinical and Translational Research, and the Carbone Cancer Center. He currently serves on the National Advisory Council for Human Genome Research (NHGRI Council) and as the co-chair of the NHGRI Genomic Data Science Working Group.

A Perspective on Recent Trends in Data Science for Human Genomics 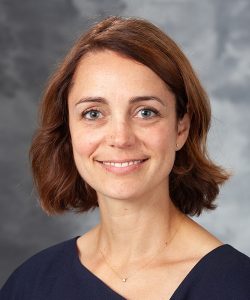 Dr. Jane Churpek is an Assistant Professor in the Division of Hematology, Medical Oncology, and Palliative Care at The University of Wisconsin-Madison. She is Board Certified in Internal Medicine, Hematology, and Oncology. In her clinical practice, she cares for adults with low blood counts due to acquired and inherited causes, including clonal hematopoiesis and inherited bone marrow failure syndromes, and performs diagnosis and management of diverse predisposition syndromes such as familial leukemia, Li Fraumeni syndrome, BAP1 syndrome, etc. She runs a translational research program aimed at defining the inherited basis of cancer and bone marrow disorders, especially among understudied tumors and blood disorders. Her goal is to improve diagnosis, early detection, treatment and, ultimately, prevention of morbidity and mortality for patients with these disorders. Dr. Churpek has contributed to the understanding of several novel hereditary blood cancer predisposition syndromes and the role of inherited predisposition in exposure associated cancers such as therapy-related leukemia and mesothelioma. 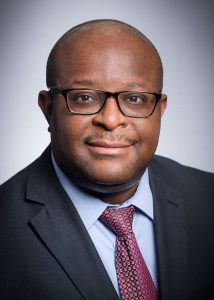 Dr. Akinyemi I. Ojesina is an Assistant Professor in the Department of Epidemiology and an Associate Scientist in the O’Neal Comprehensive Cancer Center at the University of Alabama at Birmingham. He obtained his medical degree with Distinction in Biochemistry from the University of Ibadan, Nigeria, received his PhD from Harvard University and completed his postdoctoral work in cancer genomics and pathogen discovery at the Dana-Farber Cancer Institute and Broad Institute of Harvard and MIT.

The work in the Ojesina Oncopathogenomics Lab focuses on investigating tumors as an ecosystem in which microbes (viruses, bacteria, etc) synergize with genomic alterations to facilitate cancer. This research lies at the nexus of translational genomics, metatranscriptomics, integrative molecular epidemiology, precision oncology, virology, tumor microbiome, immunotherapy and global health, with the goal of facilitating the development of diagnostic biomarkers and predictive models for early detection, prevention and treatment of cancer.

Dr. Ojesina is a leading expert in the genomics of infection-related cancers, and was one of the leaders of the Cancer Genome Atlas (TCGA) Cervical Cancer Analysis Working Group.

Of Bugs and Crabs: Interplay of Microbial Influences and Genomic Alterations in Cancer 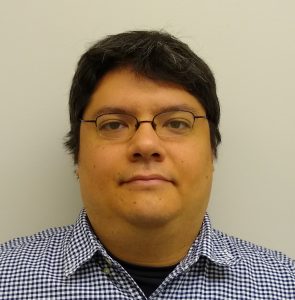 Dr. Hess is an Assistant Professor in the Department of Biomolecular Chemistry and the Center of Human Genomics and Precision Medicine. Before arriving at UW-Madison, Dr. Hess received his undergraduate degree in chemistry and physics from Harvard University and then his PhD in Biophysics, also from Harvard University while studying with Angela Belcher from MIT. For his thesis work, he established a labeling method for M13 bacteriophage to generate higher-order nano-material scaffolds and led a project to employ high-throughput sequencing for improved peptide phage display.

His interests lie within building new functional genomics tools to dissect the link between genotype and phenotype. Using these tools, he will investigate mechanisms of DNA repair, therapeutic response, and pathogens, which will enhance the treatment and diagnosis of patients. 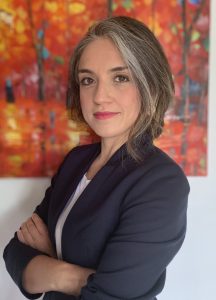 Dr. Lo Sardo was born and raised in Italy. She graduated from college at the University of Milan, in Pharmaceutical Biotechnology. She then continued and earned her PhD in Biotechnology at the University of Milan, working with Dr. Elena Cattaneo in the laboratory of Stem Cell Biology and Pharmacology of Neurodegenerative Diseases. During her training, she developed extensive expertise in generating, culturing, differentiating, and manipulating mouse and human pluripotent stem cells (PSCs). During her PhD, she focused on rare genetic variants and neurological diseases. In particular, she studied the gene product of Huntington Disease, huntingtin, during early neuronal development. This work described for the first time an unknown function of huntingtin protein in regulating cell adhesion in the developing nervous system. Moreover, these studies elucidated how huntingtin evolved in different species to acquire specific neural functions only in organisms with complex nervous system.

Next, Dr. Lo Sardo moved to US for her postdoctoral studies and joined The Scripps Research Institute in La Jolla, California. Her work in Dr. Kristin Baldwin’s laboratory focused on understanding genomic variations and cell fate determination. Her postdoctoral research focused on human-specific functional genomics, using reprogramming technology and iPSC differentiation assays. She did seminal work on the functional annotation of cardiovascular disease genetic risk factors. In particular, she studied the function of the 9p21 cardiovascular disease risk locus, the most common and influential genetic risk factor for coronary artery disease (CAD), the first cause of death worldwide. By using iPSC-isogenic lines and precision large-scale genome editing, her studies uncovered new gene networks involved in the pathogenesis of CAD, highlighting the major role of Vascular Smooth Muscle Cells (VSMCs) as a key cellular type. Dr. Lo Sardo’s contribution to these discoveries was recognized by high-impact first-author publications. Dr. Lo Sardo also implemented public resources in the Stem Cell field by generating a large collection of iPSCs from donors at an advanced age, deposited at WiCell and, as part of training effort of the American Society for Neuroscience, providing protocols used to consolidate and standardize the use of stem cells in neuroscience.

Deciphering the non-coding genome with iPSCs and genome editing 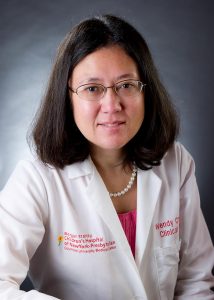 Wendy Chung, M.D., Ph.D. is a clinical and molecular geneticist and the Kennedy Family Professor of Pediatrics and Medicine and Director of Clinical Genetics.  She received her B.A. in biochemistry and economics from Cornell University, her M.D. from Cornell University Medical College, and her Ph.D. from The Rockefeller University in genetics.  Dr. Chung directs NIH funded research programs in human genetics of pulmonary hypertension, autism, birth defects including congenital diaphragmatic hernia and congenital heart disease.  She is a national leader in the ethical, legal, and social implications of genomics.  She leads the Precision Medicine Resource in the Irving Institute At Columbia University.  She has authored over 500 peer reviewed papers and 75 reviews and chapters in medical texts.  She was the recipient of the Medical Achievement Award from Bonei Olam, the NY Academy of Medicine Medal for Distinguished Contributions in Biomedical Science, the Rare Impact Award from the National Organization of Rare Disorders, and is a member of the National Academy of Medicine and the American Academy of Physicians.  Dr. Chung enjoys the challenges of genetics as a rapidly changing field of medicine and strives to facilitate the integration of genetic medicine into all areas of health care in a medically, scientifically, and ethically sound, accessible, and cost effective manner.

This is an accordion element with a series of buttons that open and close related content panels. 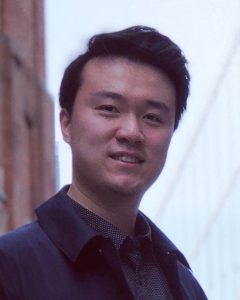 Dr. Lu received his Bachelor’s at Tsinghua University (Mathematics, 2012) and Ph.D. at Yale University (Biostatistics, 2017). He is currently an Assistant Professor in the Department of Biostatistics and Medical Informatics at UW-Madison. The Lu Lab develops and employs statistical methods to identify and interpret genetic associations for human complex traits. In particular, areas of expertise in the Lu Lab include genome-wide association study, non-coding genome annotation, genetic correlation estimation, polygenic risk prediction, and gene-environment interaction. 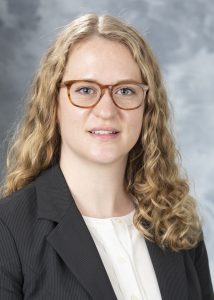 Jessica obtained her bachelors (Genetics, 2009) and doctorate (Cancer Biology, 2014) at the University of Wisconsin-Madison. She then completed two postdoctoral fellowships at Arizona State University and The Translational Genomics Research Institute (TGen). Jessica was awarded an NCI K99/R00 in 2019 to focus her studies on the role of super-enhancers in high-grade serous ovarian carcinomas. She joined the University of Wisconsin-Madison faculty in 2021, where she will leverage her experience in translational biology, genomics, and epigenetics.

The Lang Lab employs genomics technologies and translational models to determine the role of somatic mutation to epigenetic modifiers in the development and therapeutic vulnerabilities of ovarian cancers.

Therapeutic vulnerabilities in ovarian cancers and implications of platinum treatment